Just a couple of photos today.

We planted a bee garden this year – Borage, Phacelia foxglove and a couple of other plants that are known to attract honey bees and and their bumbling cousins into the garden: 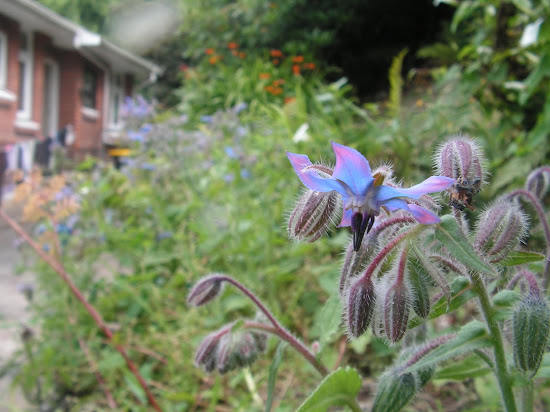 The “bee garden” has worked – there is hardly a moment during the day when there isn’t at least one bee making it’s way around the little patch of garden. I’ll show you some photos of them soon, but today I wanted to share a much smaller creature. A tiny fly perched on the leaf of a chickweed (Stellaria): 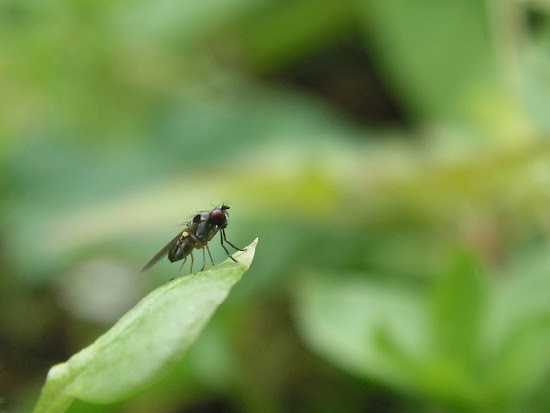 I’m terrible with fly taxonomy (or flylogeny if you’d rather) – I like to think I can at least get most of the spiders and insects I encounter down to the family level (roughly equivalent to successfully identifying myself as a great ape). With the exception of a few groups – crane flies, robber flies and hover flies,  I get nowhere with flies. And so it is with this one, all I can tell you is that it’s small (~3mm) probably from group called Schizophora. And that I quite like this photo.

0 Responses to “Sunday Spinelessness – A fly in the bee garden”