Yup, I’m continuing with last week’s theme of terrible jokes. Of course you know the punchline for this one, what’s brown and sticky? A stick: 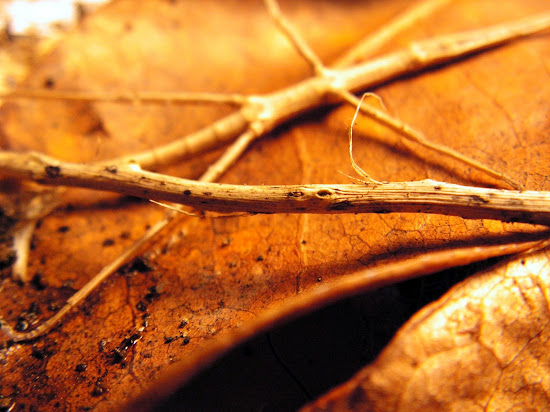 Both the objects in that photograph are brown and fairly sticky, but the one in the background is a bit more interesting. 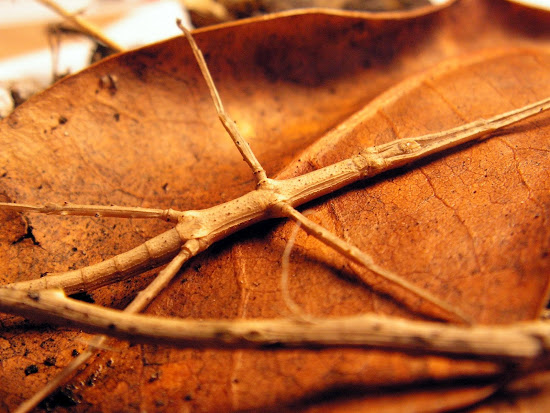 That’s not a stick – it’s an insect doing a very convincing impersonation of a stick. Stick insects ( ‘walking sticks’ in North American, Phasmatodea everywhere in the world) are among the most impressive mimics in the biological world. As you can see, their bodies mirror the tiniest details of the plants they live on – right down to having stems and buds. The stickyness of stick insects goes deeper than their remarkable appearence – they also act like sticks. The rigid pose you see above is the result of my disturbing this one while trying to take a photo. The insect was so dedicated to its role I could easily pick it up and place it on its leaf while it maintained its spread-eagle pose.

A few minutes later it was on the move: 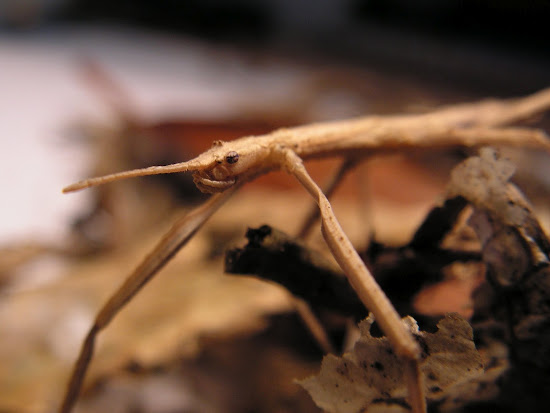 I don’t know what species we are looking at here. There are about 20 named species in New Zealand, though that is probably an underestimate of the true diversity. There seems to be lots of interesting biology going on among those species – species with sexual and asexual populations, a genus that arose by hybridisaton and one genus known only from two specimens. It’s possible this one is Niveaphasma annulata – a species that has patchy distribution across much of the southern half of the South Island and is pretty common in and around Dunedin. What ever the species name, here’s the beast making a bid for freedom from the faked-up leaf litter I put together for this little photo-shoot: 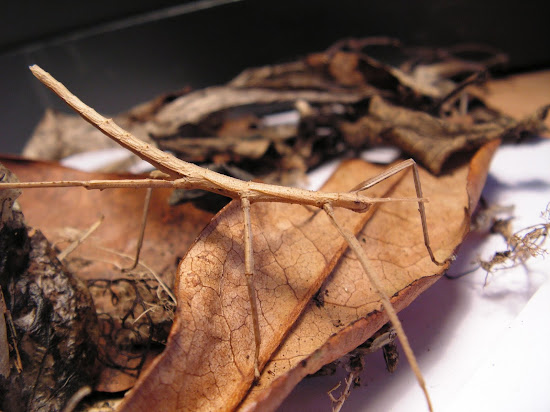