I really like the leaf vein slugs (Athoracophoridae) that live in our garden and  have featured here in the past. Here’s the latest one to pass under my camera: 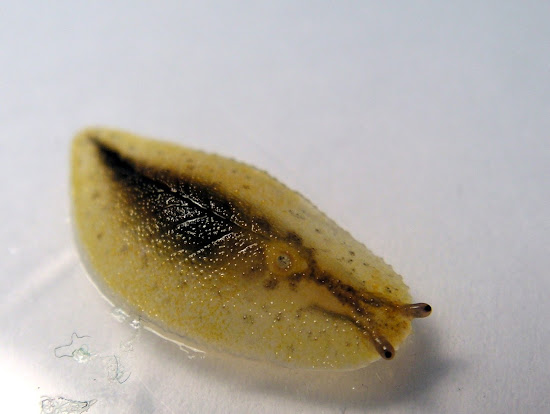 As much as I like them, I have to admit these guys are actually one of the more boring leaf vein slug species in New Zealand. Some of their relatives are much larger or more colourful and quite a few of them sport large wort-like growths (technically called papillae) that pattern their bodies in various ways. Te Ara and Soil Bugs both have galleries that let you get an idea of their diversity.

A couple of weeks ago I made a little discovery. Some of these slugs also have eggs that are covered in papillae 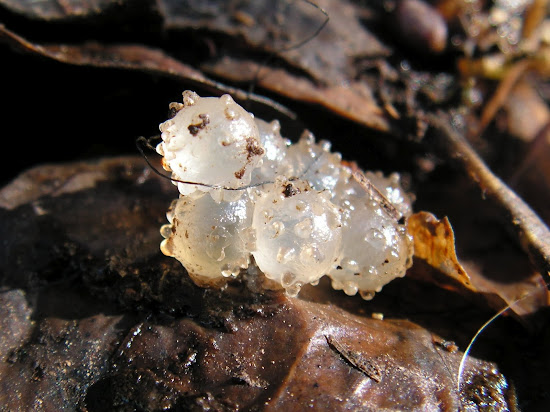 Not the greatest photo I’ll admit. But it’s hard work taking photographs in the dense New Zealand bush at the best of times, and I found these eggs in the low-growing cloud forest that covers the Leith Saddle on Mt Cargill. These are certainly slug eggs, so  I did a bit of snooping among Astelia and ferns and other likely looking roosts for these nocturnal animals. I couldn’t find any parents-in-waiting, but the ferns were utterly covered in what people that follow mammals might call “sign”, so clearly there’s a big population in the area.

0 Responses to “Sunday Spinelessness – Even their eggs are spikey”