The most common jumping spider in our garden, Trite auricoma, with the remains of it most recent meal… a smaller T. auricoma: 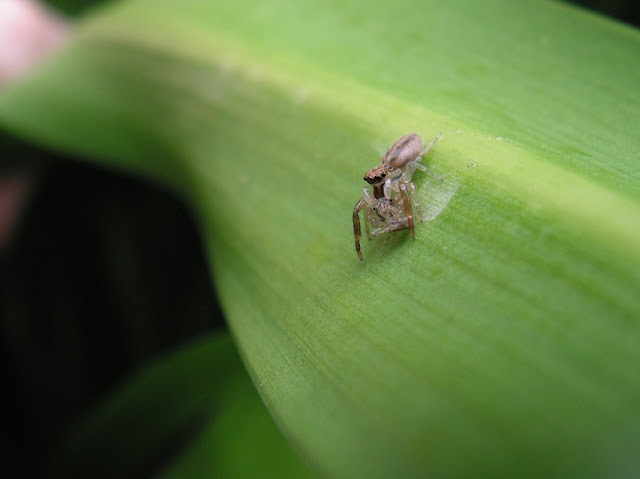 In spiders, the most well-studied form of cannibalism relates to mating. In a very few species male spiders will offer themselves as a meal to their mate. In so doing, males make sure their offspring get the best start in life, by providing their mother with a nutrition meal. They are often also posthumously rewarded by female, who reject other suitors and ensure the sacrificial male’s legacy. The best example of this behaviour comes from the Australian red back spider (Latrodectus hasseltii). In this species males actually pirouette their way into their mate’s fangs, and females take up the offer about 65% of the time. New Zealand’s endemic red back relative, the katipo, does not exhibit this behavior (nor does the North American black widow, despite the name).

Such sexual cannibalism isn’t known from jumping spiders (although females will certainly eat unwary males), and a wider (and earlier) shot lets you see that this was a case of a mature spider taking a younger one (males and females are about equally sized in T. auricoma). 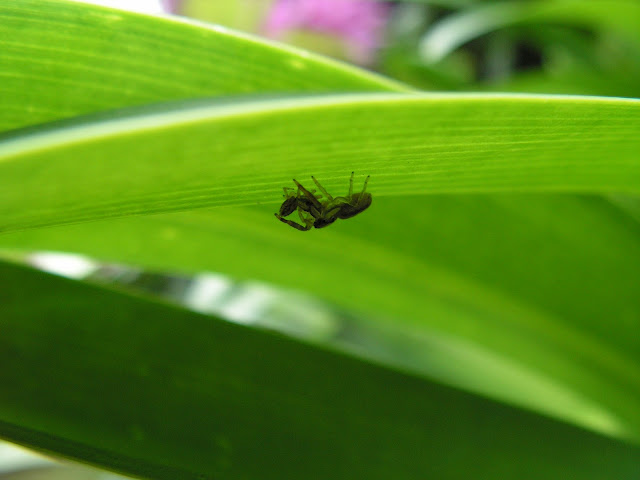