The 2012 Condliffe Memorial Lecture in Economics at Canterbury will be held on Wednesday, 5 December, as part of the University of Canterbury’s ongoing “What If?” lecture series. This year, we’re pleased to host Professor John Cochrane. 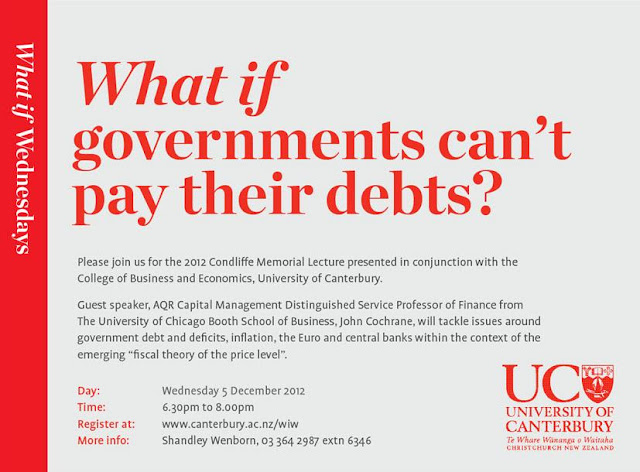 Update: the University’s RSVP system is more than a little cumbersome here. If you can’t get it to work, email me at eric.crampton@canterbury.ac.nz and I’ll make sure you get on the list.

The Economics Department is particularly proud of its Condliffe Lecture series. Prior years’ speakers include: