Public Choice has to get in touch with Randall Munroe right now. They need to get a licence to reproduce this as a centrefold in the next available issue. 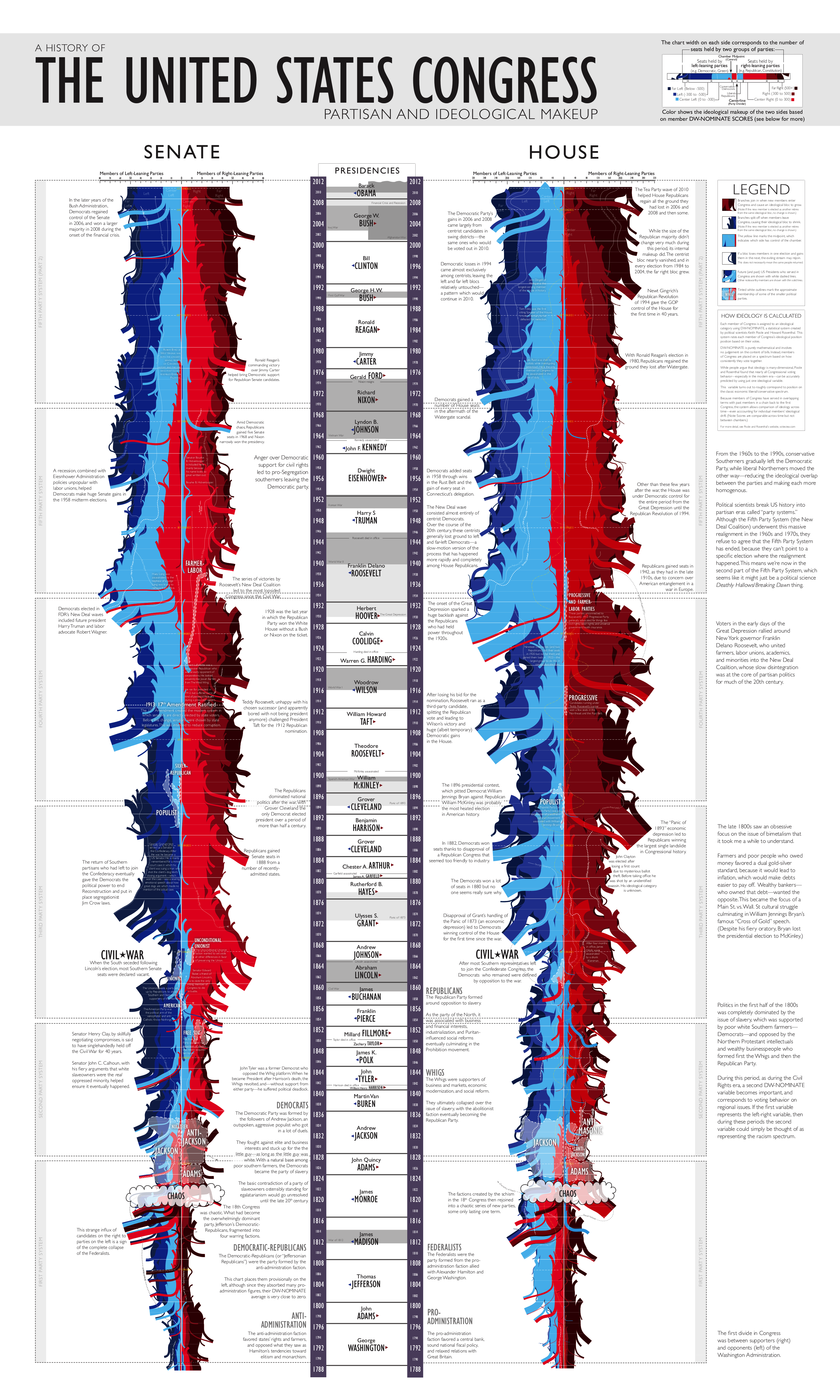 DW-Nominate tracks Congressional ideology [and here] back to the start. What a beautiful way of illustrating it.

SciBlogs explainer: DW-Nominate is probably the best existing measure of congressional ideology. Poole and Rosenthal started by rank ordering members of Congress from left to right based on roll-call votes; they then used Congressmen whose tenure spanned several Congresses to make the scales comparable over time. Wikipedia’s explanation isn’t bad. If you’re looking for ideology scores over a shorter time horizon, the ADA’s measure isn’t bad. My favourite application of the latter: Groseclose & Milyo‘s use of Congressional ADA scores to impute ideological scores to US think tanks [based on how often different Congressmen cite them], and from there to impute an ideological score to media outlets [based on how often they cite the different think tanks].