As a starting point – thank you Statistics New Zealand for all your tasty data. 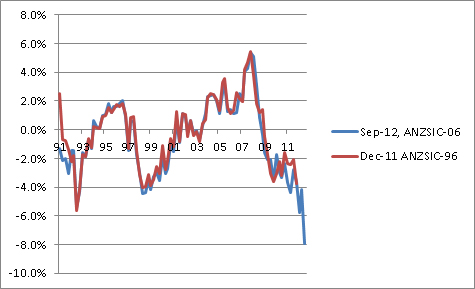 Then a graph of deviations in NGDP from trend and the UR (unemployment rate): 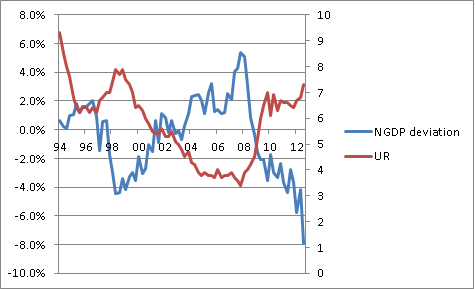 The same things will case NGDP to shift and the UR to shift, in opposite directions.  In that way this is unsuprising.  Make of it what you will in the NZ context, given your implicit model of the economy – in fact, feel free to mention it in the comments.  I will be sitting out of this one at present.

0 Responses to “NZ NDGP graphs – add your own comments!”