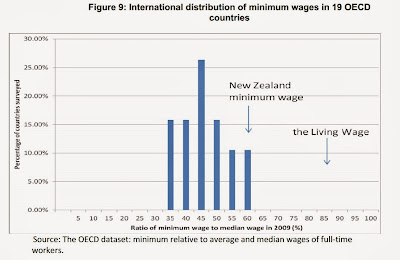 I love this chart from Treasury’s advice on living wage proposals.

There’s a morbid part of me that wishes the thing would be implemented as a minimum wage – the resulting substantial increase in unemployment would do a good job of settling certain empirical debates about the effects of minimum wages. I don’t really want it implemented: some data points are just too expensive to acquire.
But wait, there’s more!

Other key points in the Treasury information release:

I love it when Treasury makes it very clear that some proposed policy is a very bad idea.
Previously:

0 Responses to “The Living Wage, in one chart.”