From William Easterly’s The Tyranny of Experts: Economists, Dictators, and the Forgotten Rights of the Poor, p.47-8.

In 1927 an economist from New Zealand named John Bell Condliffe arrived in China for a four-month visit. […] Condliffe (1891-1981) was a typical economist of his generation, affirming core values of individual liberty and democracy, and holding to classical economists’ ideas of markets and gains from international trade. […]

Condliffe would eventually question the role of the development experts in China. His early visit, ironically, would launch the career of such a development expert. This expert was H. D. Fong (1902-1985), an American-educated Chinese economist who would occupy the authoritarian side on the debates to come. Condliffe and Fong would become some of the first participants in the authoritarian economic development, both in China and worldwide, although both are now completely forgotten. […]

This backdrop would eventually explain why both sides-Westerners making development efforts in China, and Chinese leaders and their advisers (including Fong)-would embrace authoritarian development ideas and reject ideas based on individual rights. It would explain why an advocate for rights-like Condliffe-would wind up, isolated, ignored, and then forgotten.

Note to Professor Easterly, John Bell Condliffe is not forgotten in New Zealand, in fact there is an annual Condliffe Memorial Lecture organised by the Department of Economics and Finance at the University of Canterbury, Christchurch, New Zealand. 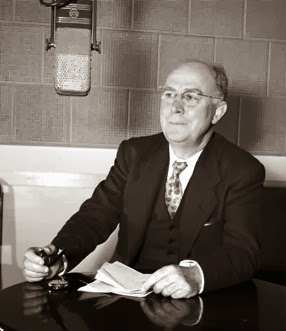 Condliffe was the first Professor of Economics at Canterbury University College taking up the position in 1921. In 1915 he had graduated MA in economics from Canterbury College. He was awarded his DSc in 1927.

0 Responses to “Quote of the day”