The Commerce Commission’s latest annual monitoring report on the telecommunications markets is a good read (press release here, whole report here). I like the way it’s prepared to take an educated guess at the reasons for the trends it sees, and I also like the way it’s prepared to take a stab at how things will evolve next. I’m on board with its overall conclusion that “consumers are getting far more – data, texts and calling minutes – for their money, particularly in the mobile market”. And I’m right behind it when it says (p39), “Dropping prices and an improved quality of service are more likely to occur in a sustainable competitive environment. We will continue to monitor the state of competition in broadband markets in case regulatory intervention is needed”.
The whole sector is an object lesson in what happens when a vigorous new competitor (2degrees in this case) rolls out its own infrastructure. I’m not saying that 2degrees is always and everywhere going to be an angel itself, but boy has it shaken up the status quo. Quite apart from the choice and price effects, the dynamics of three players compared to two has disrupted some of the behaviours that can happen in two-network markets. For instance, we used to have cheaper pricing for ‘on-net’ (within the same network) mobile use, and substantially higher ‘off-net’ pricing if, for example, you had the temerity to ring a Vodafone number from a Telecom mobile phone (or vice versa). That’s been undermined by the existence of a third network, and the semi-punitive off-net prices have come tumbling down, as this graph shows. 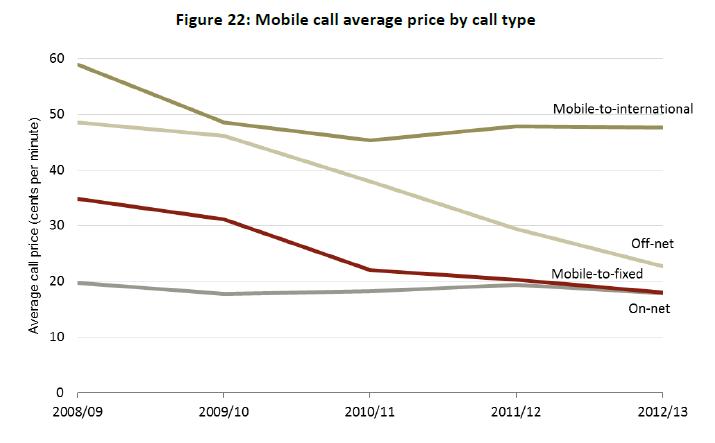 All I’d add about falling prices, and I know it might read a bit churlish, is this – it’s about time. And it hasn’t happened enough in the fixed line broadband market, the kind most of us use for our broadband access. That’s not the Commission’s fault, by the way: it’s been one of the good guys when it’s come to rolling back the historical legacy of expensive copper line phone pricing.  But expensive it remains. If you want chapter and verse on how expensive, it’s ‘over the fold’, as they say.

Here’s some data from the International Telecommunication Union (ITU) 2013 report, Measuring the Information Society (the summary press release is here and the whole thing here).
First, the good news. The ITU’s got an ICT Development Index (IDI), which measures countries’ access to the internet, degree of internet use, and level of ICT skills. The composition of the index is shown below, and the results for the top countries below that again. 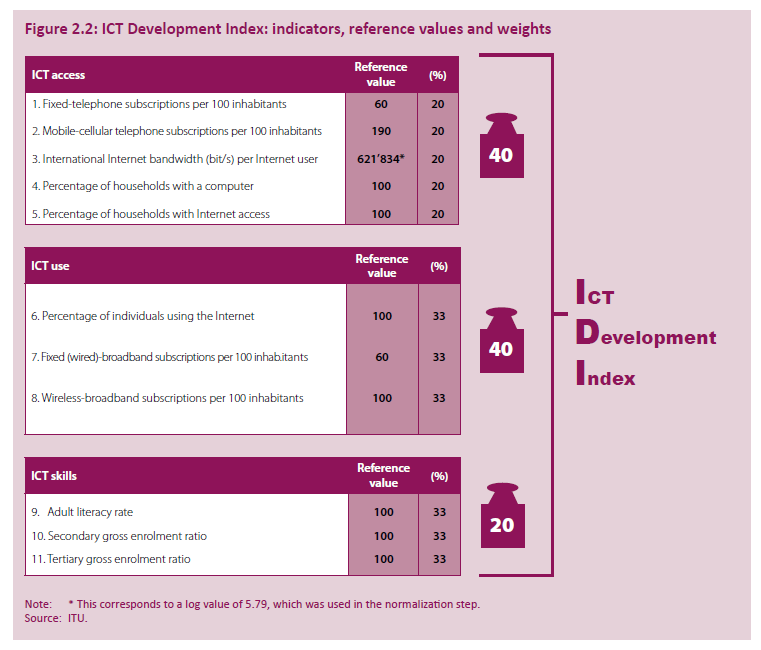 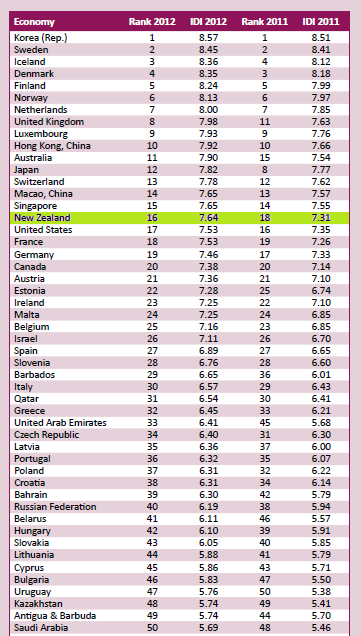 In terms of having a good network and being able to use it, we’re pretty good: 16th globally, and improving.
The problem is, it’s expensive. Really expensive.
Here’s the ITU’s International Price Basket, which measures the overall cost of fixed line phone service, mobile phone service, and fixed line broadband. Prices are standardised by being expressed as a percentage of each country’s per capita income. 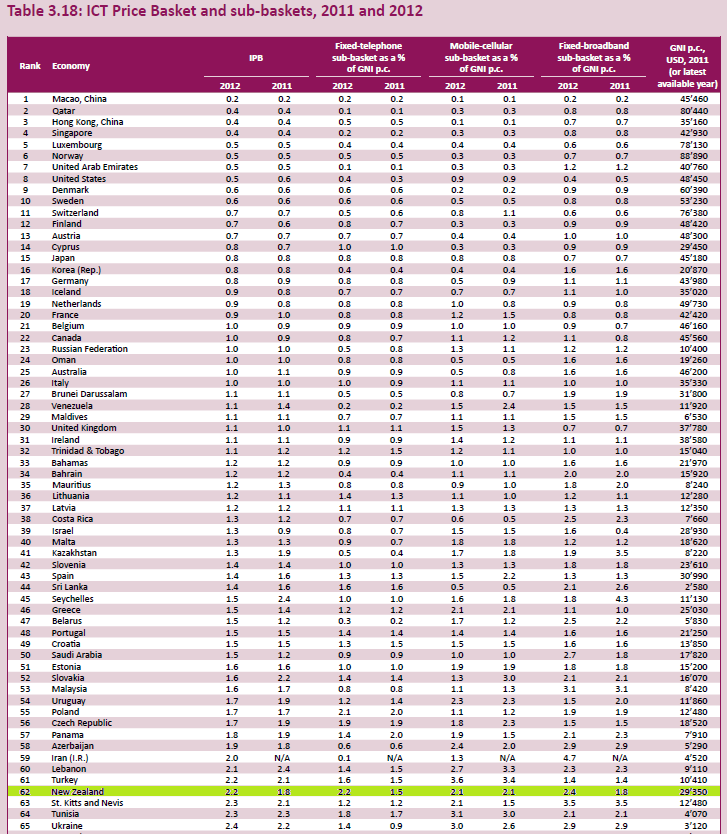 We rank 62nd – 62nd, right down there with those models of modern economic development, Iran and the Ukraine.
And do we know if all the components of the bundle are expensive, or is it just down to one part of it?
We do. Everything’s expensive, but one bit in particular is far worse than everything else. It’s your fixed line phone cost. It’s so expensive that we don’t even get onto the first page of the ITU’s 161-country listing. We’re in the bottom 80. Here’s the data. 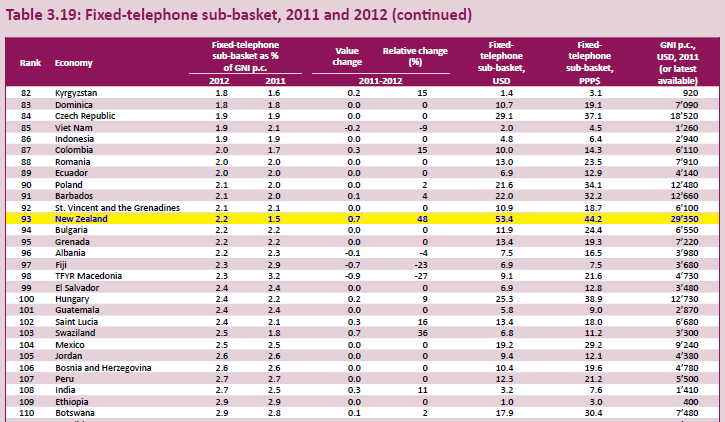 Getting dial tone on your plain old telephone service is ridiculously expensive by international standards. If you take Mexico as one of the world’s prime examples of consumer rip-off (and you safely can), we’re in the same neighbourhood.
It’s possible that I may be a bit harsh on the cost of the landline phone. As I mentioned in discussing some recent research on New Zealand’s prices (here and here), a lot of our prices look high by global standards: why should the phone line be any different?  And these ITU numbers are for 2012, and as the Commerce Commission noted, things have been getting better here since – fair enough (though most of the progress is on the mobile side).
And yet, everything time I have a fossick around the evidence, the same answer keeps coming up. That copper line from your house to the street is priced way, way too high.