Paul Cheshire – Professor Emeritus of Economic Geography at LSE, and twice visitor to the econ department at Canterbury – asks, What lies behind Britain’s crisis of housing affordability? His answer is that it is nothing to do with foreign speculators but decades of planning policies that constrain the supply of houses and land and turn them into something like gold or artworks. He also exposes myths about the social and environmental benefits of ‘greenbelts’.

When things go wrong, it is always handy to blame foreigners and currently even the liberal press are blaming them for our crisis of housing affordability. The problem is not 50 luxury houses empty on London’s Bishops Avenue (as The Guardian reported in January) or foreign speculators buying luxury flats to keep empty in London. It is that we have not been building enough houses for more than 30 years – and those we have been building have too often been in the wrong place or of the wrong type to meet demand.

This is what explains the crisis of housing affordability: we have a longstanding and endemic crisis of housing supply – and it is caused primarily by policies that intentionally constrain the supply of housing land. It is not surprising to find that house prices increased by a factor of 3.36 from the start of 1998 to late 2013 in Britain as a whole and by a factor of 4.24 over the same period in London.

What also happens – and this is central to our ‘blame the foreigners and speculators’ scapegoating – is that houses are converted from places in which to live into the most important financial asset people have; and the little land you can build them on becomes not just an input into house construction but a financial asset in its own right.

In other words, what policy is doing is turning houses and housing land into something like gold or artworks – into an asset for which there is an underlying consumption demand but which is in more or less fixed supply. So the price increasingly reflects its expected value relative to other investment assets. In the world as it has been since the financial crash of 2007/08, with interest rates at historic lows and great uncertainty in global markets, artworks and British houses have been transformed into very attractive investment assets.

The more tightly we control the supply of land and houses, the more housing and housing land become like investment assets. In turn, the stronger the incentives for their owners to treat them as an option to hold in the expectation of future price rises.

So to blame speculators for housing shortages and rising prices is simply incorrect. It is our post-war public policy that has converted a good that is in principle in quite elastic supply into a scarce and appreciating asset.

And what of greenbelts?

Supporters of urban containment policies argue that Britain is a small island and we are in danger of ‘concreting it over’. But this is a myth: greenbelts in fact cover one and a half times as much land as all our towns and cities put together.

So the second myth about greenbelts is that they are ‘green’ or environmentally valuable. They are not because intensive farmland is not. Moreover, there is little or no public access to greenbelt land except where there are viable rights of way. Greenbelts are a handsome subsidy to ‘horseyculture’ and golf. Since our planning system prevents housing competing, land for golf courses stays very cheap. More of Surrey is now under golf courses – about 2.65% – than has houses on it.

The final myth about greenbelts is that they provide a social or amenity benefit. The reality is that a child in Haringey gets no welfare from the fact that five miles away in Barnet, there are 2,380 hectares of greenbelt land; or in Havering another 6,010 hectares.

What SERC research has shown is that the only value of greenbelts is for those who own houses within them. What greenbelts really seem to be is a very British form of discriminatory zoning, keeping the urban unwashed out of the Home Counties – and of course helping to turn houses into investment assets instead of places to live.

So the solution to our crisis of housing affordability is not to blame speculators or foreign buyers but to sort ourselves out. We need to allow more land to be released for development while protecting our environmentally and amenity-rich areas more rigorously than we do at present.

Building on greenbelt land would only have to be very modest to provide more than enough land for housing for generations to come: there is enough greenbelt land just within the confines of Greater London – 32,500 hectares – to build 1.6 million houses at average densities. Building there would also reduce pressure to build on playing fields and amenity-rich brownfield sites such as the Hoo Peninsula and improve the quality of housing.

Basic message: release more land for building houses. Now I wonder if any other country could learn from this idea. 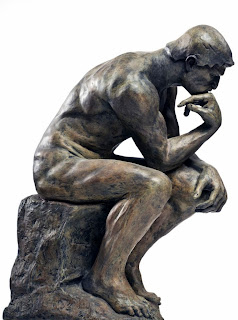