Inequality isn’t one of my core research interests, but over the last few days I’ve found myself absorbed in lots of interesting bits of research on inequality all arriving at once (I wrote up one of them yesterday).

Here’s the latest one, which I’ve extracted from the OECD’s mammoth Education at A Glance 2014, which appeared last week. The four graphs are quite large, which would make for an over-long post, so I’ve put them “over the fold”, as they say. The gist of it is that we’ve got a developing problem in equitable access to good educational outcomes: right, on to the graphs.
Graph 1 – our students’ performance at maths. It’s not bad by international standards,  modestly better than the OECD average. All good so far. 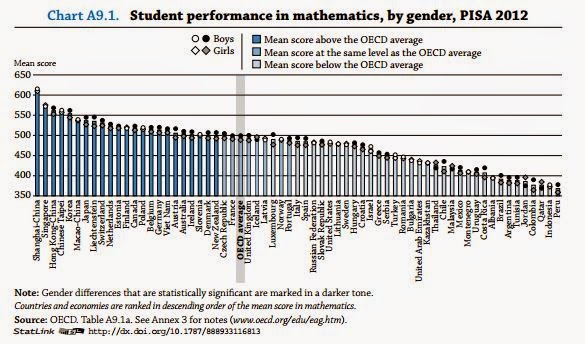 Graph 2 – our performance is slipping, in absolute terms. Our students score less on tests of mathematical attainment than they used to. We’re not alone in this (see also Australia and some of the Scandinavian paragons), and I’ve no idea why, and I expect I’d be as welcome among the education research community as a sociologist at an economics conference if I speculated, so let’s just note the fact and move on. 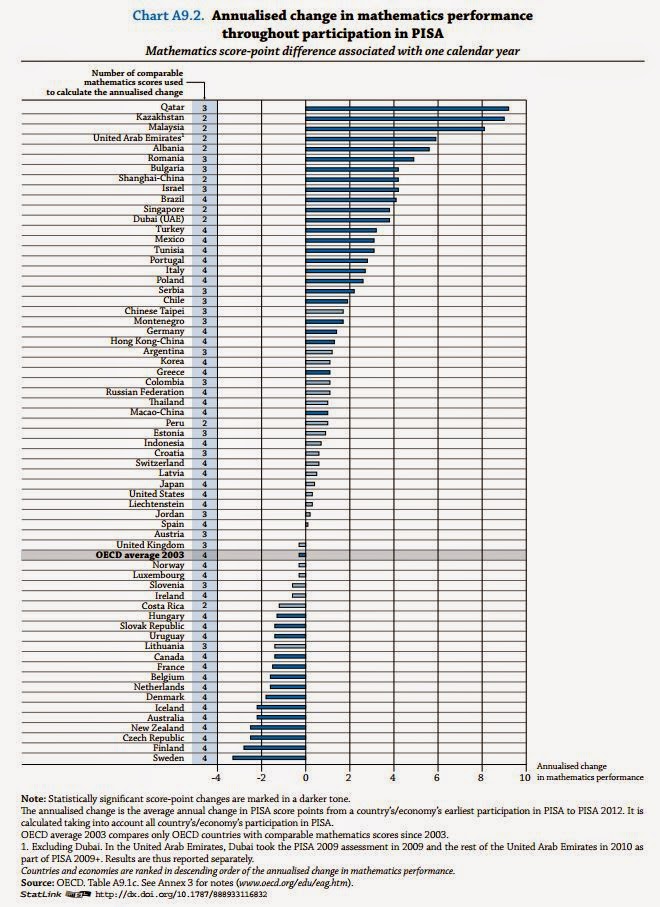 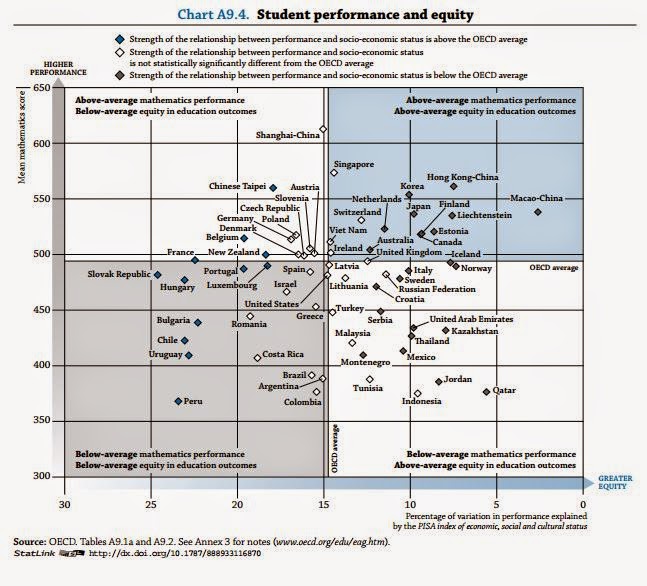 Graph 4 – we’re at real risk of dropping into the south-west quadrant in the map above, where you absolutely don’t want to be, because our performance is dropping and the contribution from family background is rising. 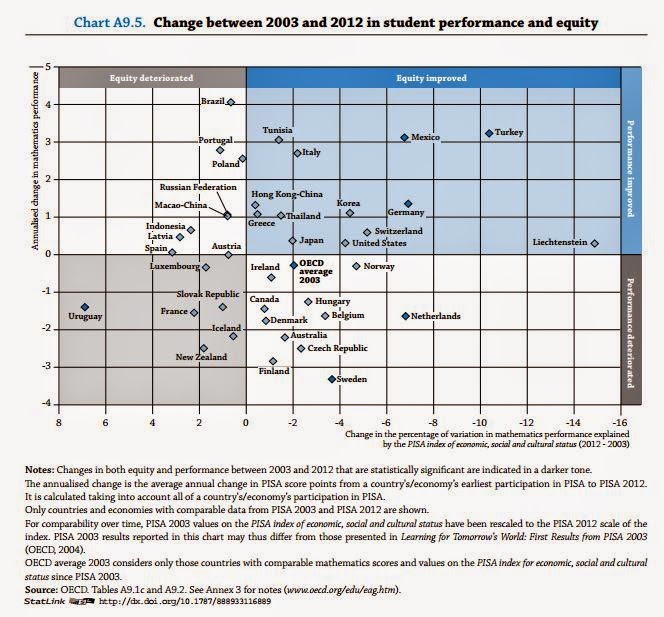 I don’t know why any of this is happening, or how to fix it: I’m just putting it out there, as I haven’t seen this material in the mainstream NZ media (or indeed on the blogs I follow, either). Hopefully there’ll be readers with constructive ideas.
Technical PS – don’t shoot the messenger
(1) If you don’t like the idea of testing, or you wonder why maths and not other scores, or you think the results are all down to tiger moms pushing their little darlings through rote learning crammers in Asia, don’t look at me. Take it up with the OECD. They say (p188) the scores don’t just reflect rote learning for test purposes, and that their maths testing survey “does not just ascertain whether students can reproduce what they have learned; it also examines how well they can extrapolate from what they have learned and apply that knowledge in unfamiliar settings, both in and outside of school. This approach reflects the fact that modern societies reward individuals not for what they know, but for what they can do with what they know”.
(2) Ditto on the accuracy of measuring the influence of family status. “Students’ socio-economic background”, the report says on p193, “is measured with the PISA index of economic, social and cultural status, which is based on information provided by students about their parents’ education and occupations and their home possessions, such as a desk to use for studying and the number of books in the home”. Sounds reasonable to me: if you’ve got a different view take it up with them directly. The nearest Metro station is La Muette.