Earlier this month the World Economic Forum came out with the 2014-15 edition of its Global Competitiveness Report (you can find a link to downloading it here). It got a bit of media attention at the time, mostly on somewhat invidious chauvinist grounds – we moved up a notch, and the Aussies moved down one. 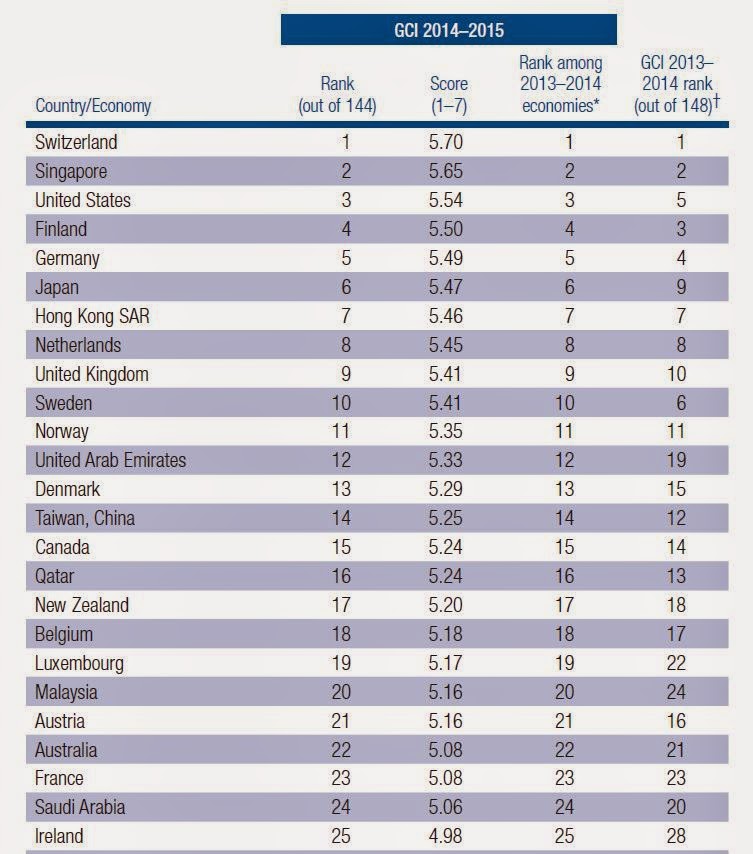 Other than that, the detail didn’t get much of an outing over the mainstream media fences, and that’s a shame, because the report is full of interesting comparisons, which make for suggestive diagnostic policy tools. Here, for example, is what our business community rates as the main problematic factors for doing business. 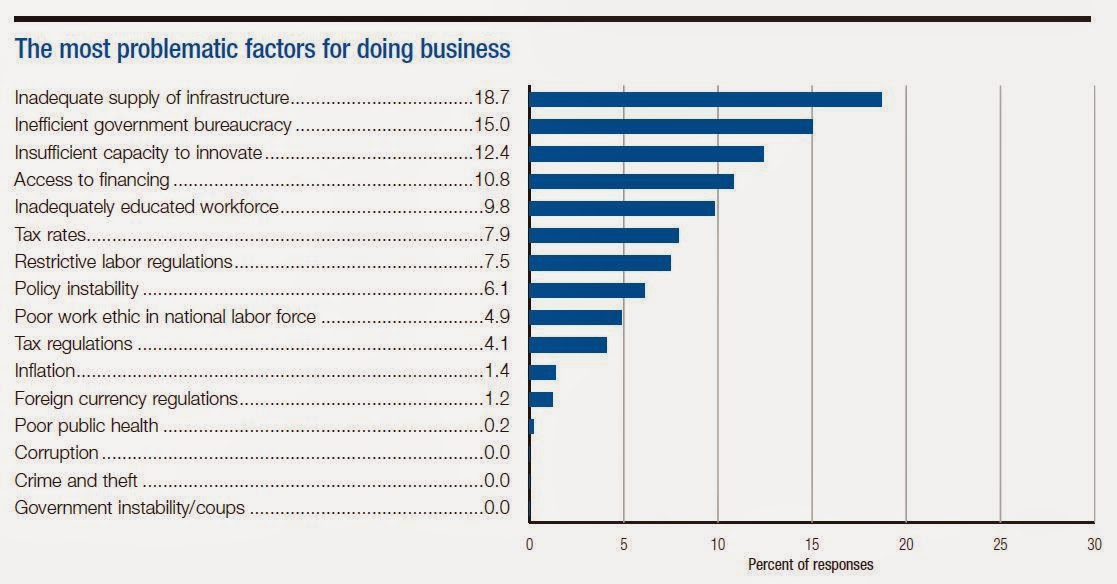 This is an interesting diagnosis, especially as it’s not the sort of clichéd grumbling you might expect from a business group. In fact, these surveys seem to be pretty accurate around the world. The equivalent French survey, for example, came up with this – quite a different set, and one that looks absolutely on the money. 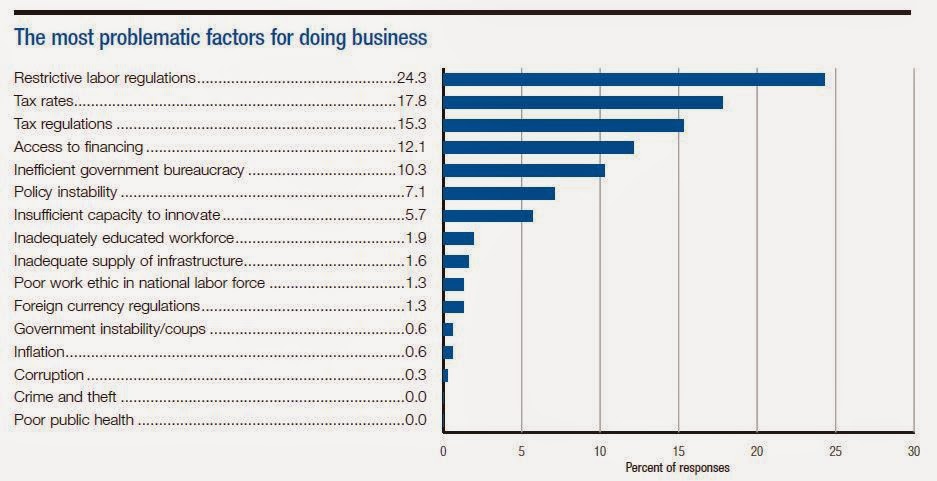 Coming back to the ‘Inadequate supply of infrastructure’ theme, here’s something that I found disconcerting.
By way of background, the Report covers three groups of things for each country – the essentials; things that make the country work better (“efficiency enhancers”); and things that enable you to compete in the deep end of the international swimming pool (“innovation and sophistication factors”). Those “efficiency enhancers” are made up of six “pillars”, one of which is “technological readiness”, and which in turn has seven components. Here’s how we stack up (score and relative world ranking).

We scrub up reasonably well on technological readiness overall. Indeed, two of them (9.02 and 9.07) count as relative advantages for us, as we do better on those criteria (11th and 14th internationally) than we do on our overall competitiveness (17th).
But there’s one big exception, 9.06: the size of our physical internet connections to the rest of the world let us down badly. And if you want to see how badly, here are the countries most like us on the criterion of available international internet bandwidth*. 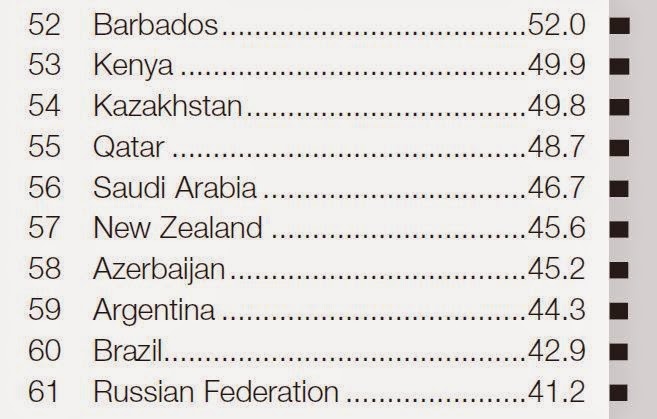 From the point of view of sophisticated economic development, this is not the sort of company we should be keeping.
So my thought is, the sooner someone can lay pipe in competition with Southern Cross, the better.
*Note A fair amount of the Report’s data is based on subjective 1 – 7 sorts of scales. Not this bit. The definition (from p543 of the Report) is “International Internet bandwidth is the sum of capacity of all Internet exchanges offering international bandwidth measured in kilobits per second (kb/s)” and the source is International Telecommunication Union, World Telecommunication/ICT Indicators 2014 (June 2014 edition)