Last month I wrote about some residual absurdities in Australia, where there were still bizarre examples of nutbar regulation of the retail trade, and this despite decades of economic reform that one might have expected would have swept away the last of the most egregious nonsense.

It left me feeling that “there are still thickets of regulation that are absolutely bonkers”. At the end of the post I said that “the good news is that both Australia and New Zealand now have Productivity Commissions that are able to turn over the flat stones and tell us what they’re finding underneath”, and wondered “what we’d find if, for example, we turned over some flat stones of our own”.

I didn’t have long to wonder.

Along came the Issues Paper (pdf) for the Productivity Commission’s latest project, on the availability of land for housing. And even at this early stage it has found multiple examples of over-prescriptive, inconsistent, complex, inefficient, expensive and (I would say) largely rationale-free regulation.
Here are some examples, direct quotes from the paper.

(1) A Ministry for the Environment review of Christchurch City Council planning and resource consent processes described the two Christchurch District Plans as:

…large, cumbersome and difficult to navigate. The City plan is effects-based, while the Banks Peninsula plan is activities-based. There are a total of 109 different planning zones,each with varying provisions (p28)

(2) Auckland Council is currently in the process of developing its first Plan as a unitary council. The Proposed Auckland Unitary Plan (PAUP) will replace the existing Regional Policy Statement and 13 district and regional plans. Given the breadth of the material covered in the PAUP it is not surprising that the document is lengthy, but at 6 961 pages (at the time of writing) the PAUP is very unwieldy. Supplementary documentation acknowledges that the Plan is complex, but also suggests that users must read the full document:

The Unitary Plan is a complex document that consists of many interlinked parts. One        must not look at any provision in isolation, but read it as a whole (p29)

(3) the Ministry for the Environment notes that plans prepared by “the eight largest territorial authorities showed 123 different terms were defined, with more than 450 variations of those definitions”…

A comparison of two Plans’ rules around car parking demonstrates the variation. The Käpiti Coast District Council’s Rules and Standards states that “All buildings shall be designed so that wherever practicable sufficient manoeuvring space on site will ensure no reversing onto the road is necessary.” In contrast, Nelson City Council’s Residential Zone Rules state that “Reverse manoeuvring is encouraged on unclassified roads and is part of ensuring a low speed environment and people orientated streetscape.” (p37)

(4) One way of enabling new types of land use is to change a Regional or District Plan. Changes to Plans can be sought by a local authority or a private party…

No doubt some processes are working well, but in spots we’ve got regulations of a complexity that would tax a Talmudic scholar, a glacial pace of administration, and an absence of compelling logic, with things forbidden in one jurisdiction being encouraged in the next. And all this against a background of a bloated local administration superstructure. We’re a small country, but even after a programme of local authority consolidation, we’re still left with this (p16): 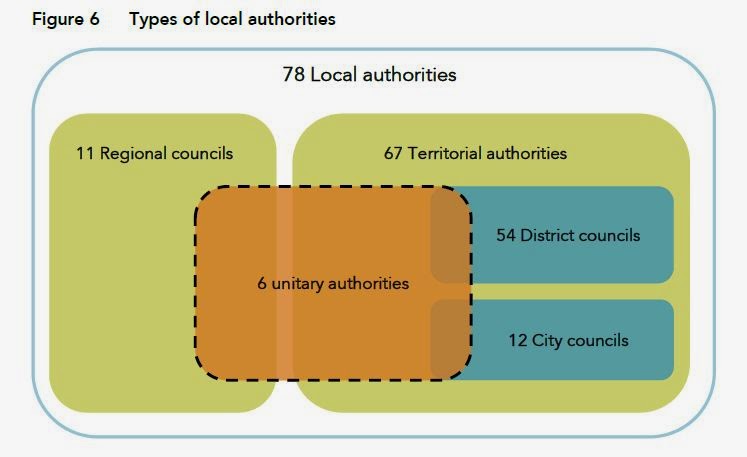 No wonder we get this outcome (p7). 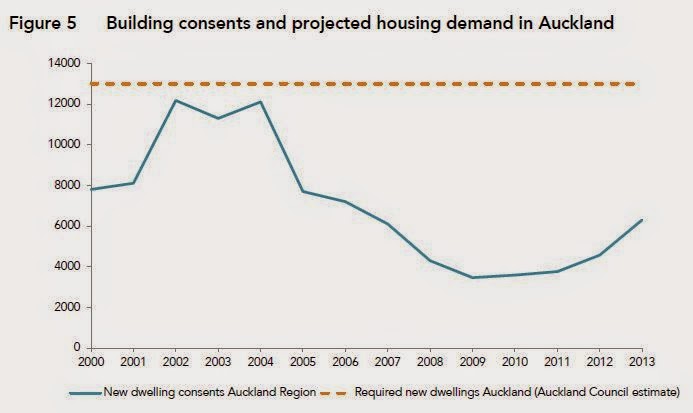 The Issues Paper isn’t all about the dead hand of local authority micromanagement – I’ve focussed on those aspects as I’ve got an interest in good regulation – and it canvasses a wide range of other factors affecting the availability of housing land. The Productivity Commission is looking for people to tell it whether it’s on the right track with its initial ideas, and whether it’s missed anything: in particular it has a list of 74 specific questions where it is looking to get feedback and information, though people are also welcome to submit their views outside the 74-question format (contact details are in the paper and here).

The state of the housing market is one of the bigger economic issues right now: take the opportunity to have your say on what’s going on and what should be done about it.