Sometimes, decisions that shape the world’s economic future are made with great pomp and gain widespread attention. other times, they are made through a quick, unanimous vote by members of the New Zealand Parliament who were eager to get home for Christmas.

That is what happened 25 years ago this Sunday, when New Zealand became the first country to set a formal target for how much prices should rise each year – zero to 2 percent in its initial action. The practice was so successful in making the high inflation of the 1970s and ’80s a thing of the past that all of the world’s most advanced nations have emulated it in one form or another. A 2 percent inflation target is now the norm across much of the world, having become virtually an economic religion.

The piece misses that New Zealand’s since flipped to a 1-3% rule, on average over the medium term, and that the RBNZ let things run hot in the leadup to the ’08 recession – interest rate hikes in early ’08 would have been a mistake regardless of that they were above 3%. But it’s a great read.

Thanks to Don Brash, David Caygill, and Roger Douglas, who made it happen.

I’d not seen this picture of David Caygill before. But the general theme is not unfamiliar. 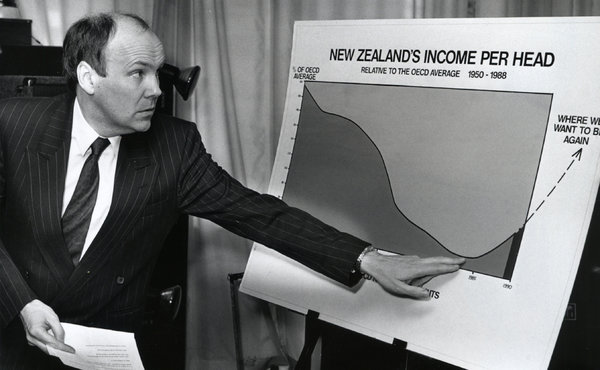 Update: Here’s the version from the 2025 Taskforce report. 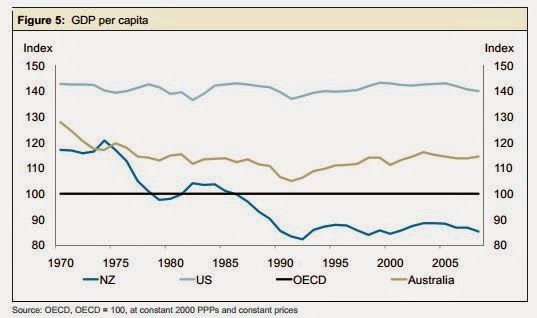 0 Responses to “In praise of inflation targeting”