The Economist likes to compare currencies’ purchasing power by checking the price of a Big Mac. As of January 2015, the New Zealand dollar was slightly undervalued: a Big Mac here cost US$4.49 at going exchange rates while it cost $4.79 in the US. So the New Zealand dollar would have to appreciate a bit in order for the real cost of a Big Mac to be the same in the two markets.

On another index, New Zealand’s dollar is massively overvalued. The Economist offers Digital-Only subscriptions that are as identical across countries as is the Big Mac. Having finally decided to shell out for a subscription, I was taken aback by the subscription rate on offer: their best deal was $1020 for a 3-year subscription.

After some consideration of what intrafamily bargaining would need to take place to justify a $1000 subscription, I checked what the cost in the US would be.

On a busy Monday morning, I had only time to check a dozen or so subscription rates. The weekly $US subscription price is below, with all exchange rates coming from The Economist’s January Big Mac Index. Note that Argentina, Brazil, Chile, Columbia, Costa Rica, and Egypt quote prices in $USD: $1.94 per week. 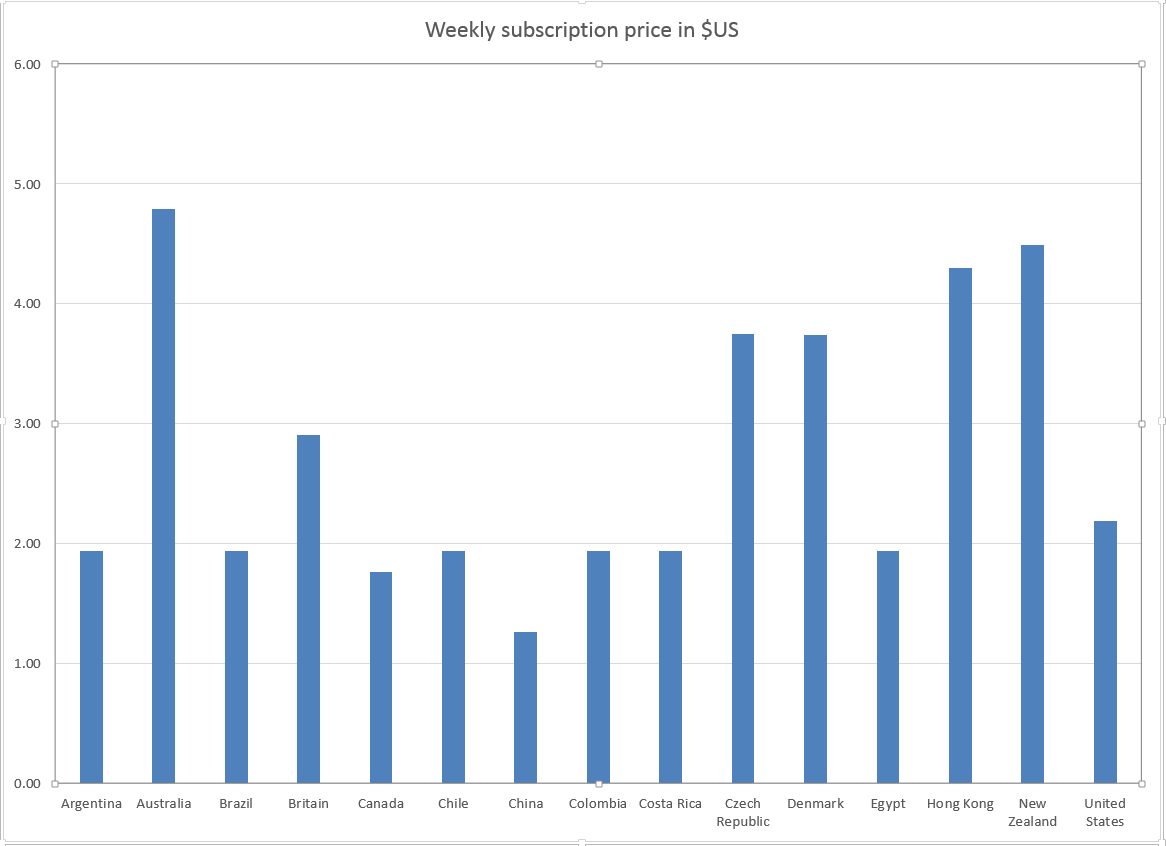 At least I do not live in Australia.

And now to investigate whether I can geounblock things and pretend to be US-based or, better yet, Canadian.

Update: I’d made an attempt at a US-based subscription before figuring out that Canada was slightly cheaper. My NZ credit card worked just fine with a US address. So now you know.