A plucky group of scientific outsiders, presenting results outside of the mainstream consensus, hosts its own conference with presentations mostly from those in their heterodox club. They present themselves as providing the truth that is much opposed by big moneyed interests. They’re celebrated in a reception hosted in Parliament by one of the political parties. The media is expected to highlight their alternative take on reality, with perhaps some offsetting commentary from those in the mainstream; the overall effect, though, is to stoke and legitimise popular misunderstandings.

Without any further detail, what are your priors? Is this something to welcome?

Now let’s make it multichoice. Do you update if it’s any of these?

This weekend brings GMO-sceptics to Wellington. Presentations include “Pesticides: scilencing the ecosystem and silencing our children” and “Overweight, undernourished, sterile and dying of cancer. Our food is it sealing the fate of humanity?”

And the Greens are hosting them in Parliament: 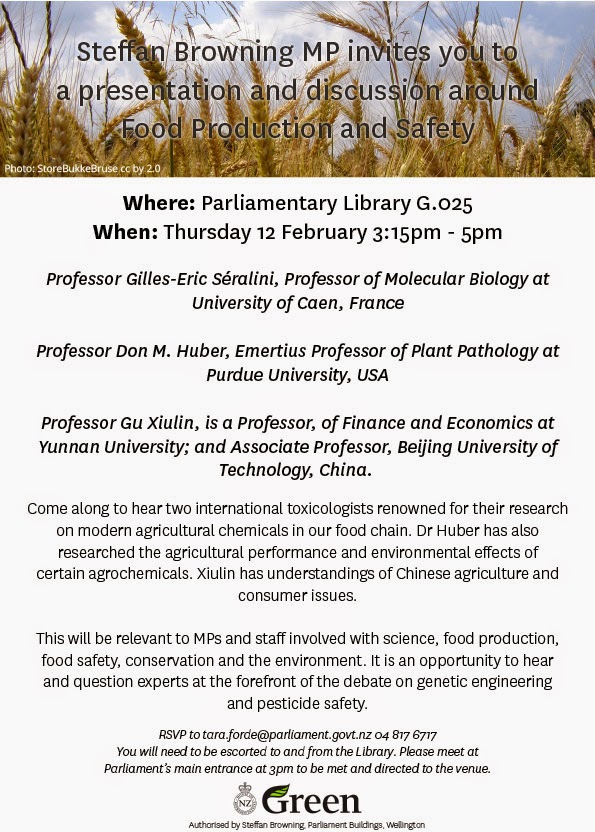 The Greens could play at highlighting the heterodox views on GMOs a couple years ago. But when 89% of scientists say GMO food is safe?