The University of Massachusetts economist Arindrijat Dube, a strong proponent of minimum wage policies, suggests that states and cities should use a threshold of about half of the median wage when setting wage floors. By Bernstein’s estimate, the L.A. minimum wage in 2020 will be about 60-65 percent of the city’s median wage—a full 10 to 15 percentage points above Dube’s recommended threshold. This is uncharted territory, which may be one of the reasons that some L.A. unions asked for an exemption to the $15 minimum. In a city like St. Louis, where both the median wage and the cost of living are lower by comparison, the $15 minimum is even riskier.

I’ve typically said that I get nervous about the employment effects where minimum wages are 45-50% of the median. And here we have Dube suggesting half the median.

I’ll have to remember to pull this out the next time the unions here cite Dube at me when I caution against minimum wages that are 65% of the median. 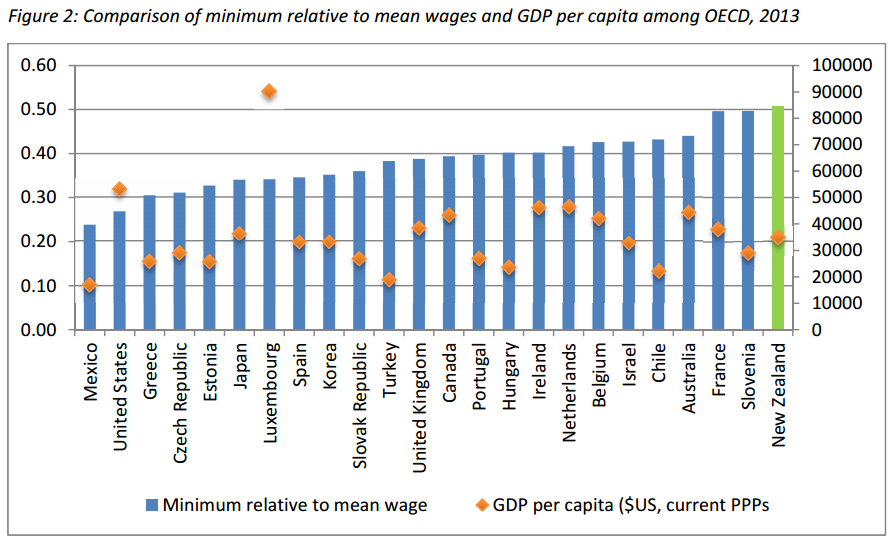 Note that that’s as fraction of the mean; the mean is higher than the median.