Superconductors can also be used to create powerful magnets for better MRI instruments, magnetically levitated trains (like the Maglev train in Shanghai, China that can reach speeds of up to 430 km/h), and particle accelerators (like the LHC in Switzerland) that allow physicists to conduct ground breaking fundamental research about the world we live in.

As a result, superconductors have been “the next big thing” for a fair few many years now, but their application has been hamstrung by the fact they require bulky, complicated, and expensive cooling systems to get the superconducting effect – they only work below about -135 C and so need to be cooled by liquid nitrogen (-197 C). The obvious goal is to get them to work at ambient temperatures of around 0-30 C, but for this to happen, scientists still need to understand the fundamentals of these materials.

For a long time, scientists only thought there was one family of superconducting materials, which made it difficult for them to understand their fundamentals. Recently a Japanese group has discovered (by accident) a new family. Although operating at only -217 C, well below the current benchmark of -135 C, it is nonetheless exciting because now with two families to compare and contrast hopefully scientists can finally solve this problem and we might see some of these incredible applications become more widespread. 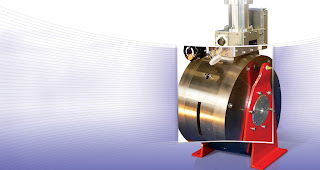 Endeavour Capital, who I work for, is an investor in HTS-110, a spin out company from fundamental research conducted at Industrial Research Limited (IRL) in Lower Hutt, New Zealand. Researchers at IRL were one of the first groups in the world to develop a process for the production of superconducting wire from 1st and 2nd generation superconducting materials. As a result, they formed a partnership with American Superconductors Inc., one of the biggest companies in the world active in this area. HTS-110 use this wire to produce superconducting magnets. This is yet another example of how kiwi ingenuity can be a world beater – in some areas that probably not too many kiwi’s suspect either.

I think their story, coupled with the exciting new discovery by the Japanese group, illustrates the vital role of fundamental research in the progression of any ground breaking new technology towards commercialisation.