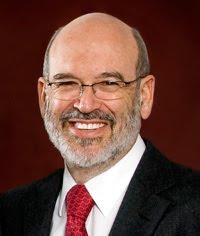 Sir Peter Gluckman is the Chief Science Advisor to the Prime Minister of NZ. His appointment in early 2008 was a good signal that the NZ government wishes to re-examine the role of science in NZ’s political decision making – something that has been lacking for quite sometime now.

On Monday I saw Sir Peter speak on “Can Transforming Science Transform New Zealand?” He said that in NZ we have missed the boat on the valuation of science research. We were a lucky country until the 70’s, with our commodity exports (meat, dairy, wood, wool etc.) earning us prosperity (until recently), and because of that we’ve valued science only as a nice to have not a must have.

Consequently, we now have a cultural barrier to substantial Research, Science and Technology (RST) commitment, whereas other countries that invested in RS&T in the early days see it as a must have. Sir Peter has pointed out before that we seem to have forgotten the important role science played in making our primary sectors as strong as they once were.

In essence Finance Minister English wants to know what ’bang-for-buck’ he is getting. Sir Peter rephrased this as a question to the audience: ’is science relevant to NZ’s economic growth?’ [the answer is yes!], and so how can we shift the attitude from science being a nice to have, to science being a must have.

Changing this view will be incredibly challenging, but Sir Peter is the right man for the job, because he is well respected in scientific, business and media circles, and is not afraid to speak his mind!

Two main areas (of many) he highlighted for improvement are:

In the next couple of posts I’ll explain what I think he means by these points and add a few of my own.