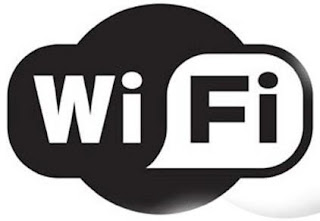 There is a really cool story on stuff.co.nz today about the winner of Australia’s Prime Minister’s Science Prize. I think it illustrates not only why fundamental research is so important, but also the time scales that the benefits often take to filter through and hence why we have to be patient!

In short: In the mid-70’s John O’Sullivan and some colleagues had set out to measure the pulses emanating from black holes. These pulses distort as they travel through space and so John O’Sullivan and his colleagues needed a way to piece the distorted pulse back together again. The solution came from a mathematical equation called the Fourier Transform which was adapted to their field of astronomy.
Years later, when personal computing became more popular, O’Sullivan wondered what it would be like if “you could just cut the wires”. The problem they faced was that in offices, cafes, etc. where we all like to use our wireless devices, the signal was distorted by things like walls and floors. This in essence was the same problem as he had faced when researching pulses from black holes – how to put a distorted signal back together again. From there wi-fi technology was born, a technology was developed that has gone on to earn him and his employer, CSIRO, hundreds of millions of dollars, and revolutionized the way we communicate and access information.
While John O’Sullivan and his team clearly put in the hard work and had the vision to do something with their work, I think it is a lesson to us all that we need to support our fundamental researchers in the excellent work they are doing, because you never know how your research is going to be applied years down the track, and what potential gains you (or your country!) might make from it.

0 Responses to “From Blackholes to a Laptop near you…”